We would like to inform you that the 46th IRCMS Seminar has been scheduled as below. We would be pleased to see many of you participating in the seminar.

Acute lymphoblastic leukemia (ALL) cells have a striking propensity to metastasize to the central nervous system (CNS). In contrast to solid tumor brain metastases, ALL seldom involves the brain parenchyma but is isolated to the leptomeninges, a rare site for carcinomatous invasion. While CNS metastasis is characteristic of all subtypes of ALL, a unifying mechanism for invasion has not been determined. Here we show that ALL cells in circulation are unable to breach the blood brain barrier; instead they migrate into the CNS along vessels that passage directly between vertebral or calvarial bone marrow (BM) and the subarachnoid space. The basement membrane of these bridging vessels is enriched in laminin, known to coordinate neuronal progenitor cell pathfinding in the CNS. α6 integrin, a subunit of two cell surface laminin receptors, is expressed in the majority of ALL cases. We found that both α6 and laminin were required for ALL migration toward cerebrospinal fluid (CSF) in in vitro invasion assays.
Treatment of cells with a PI3Kδ inhibitor that blocks MLCK-mediated chemotaxis also decreased ALL α6 expression and inhibited cell migration toward  CSF along laminin.ALL-xenografted mice treated with either the PI3Kδ inhibitor or with specific α6 neutralizing antibodies showed a significant decrease in ALL transit along bridging vessels, in CSF blast counts and CNS disease symptoms despite equivalent BM disease burden compared to vehicle-treated mice. Our data suggest that expression of α6 integrin, common in ALL, allows cells to coopt neural migratory pathways to invade the CNS.

Hematopoietic stem cell (HSC) has self-renewal ability and multi-differentiation potential and are serving to maintain homeostasis of blood production. Cell cycle quiescence is crucial for maintenance of the hematopoietic stem cells (HSCs) activity. Activation of the cell cycle and continuing proliferation reduce the self-renewal capacity and eventually result in the reduction of HSC pool. We found that transcription factor Foxp2 specifically expressed in the quiescent long-term (LT)-HSCs. It is reported that Foxp2 is the responsible gene of the inherited speech and language disorder and tightly associated with organ development and vocal communication. However, the role of Foxp2 in the regulation of HSCs is poorly understood. In this study, we examined the function of Foxp2 in the maintenance of HSCs.

Loss of stem cell self-renewal may underpin aging. Here, we combined single cell profiling, deep-learning, mathematical modelling and in vivo functional studies to explore how hematopoietic stem cell (HSC) division patterns evolve with age. We trained an artificial neural network (ANN) to accurately identify cell types in the hematopoietic hierarchy and predict their age from their gene expression patterns. We then used this ANN to compare daughter cell identities immediately after HSC divisions, and found that HSC self-renewal declines sharply with age. Furthermore, while HSC cell divisions are deterministic and intrinsically-regulated in young and old age, they become stochastic and niche-sensitive in mid-life. Analysis of evolving division patterns indicated that the self-renewal ability an individual HSC depends upon number times it has divided previously. We propose a model of HSC proliferation that accurately predicts the accumulation of HSCs with age, and reconciles the stochastic and instructive views of fate commitment. 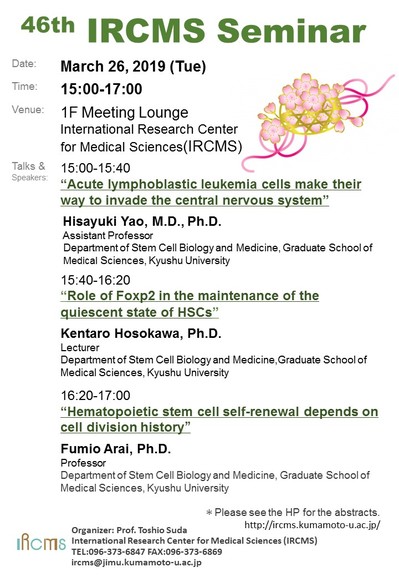