We had a large number of participants come to the 27th IRCMS seminar held on June 27, for which we would like to express our gratitude.

Regulatory T-cells (Treg) are mainly produced in the thymus, and control the immune response in the periphery. The current model is that Foxp3 acts as a lineage specification factor for Treg, and that stable Foxp3 expression by an epigenetic mechanism renders Treg a dedicated immunosuppressive T cell population (which has been referred to as the lineage perspective). 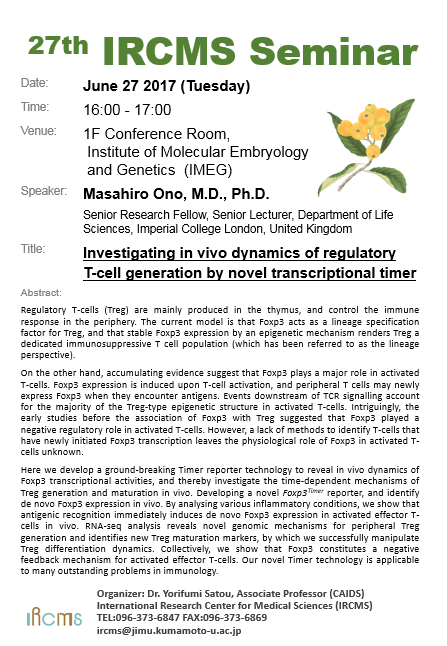