Fibrocytes (fibroblastic leukocytes) are recently identified as unique hematopoietic cells with features of both macrophages and fibroblasts. Fibrocytes are known to contribute to the remodeling or fibrosis of various injured tissues. However, their role in viral infection is not fully understood. Here we show that differentiated fibrocytes are phenotypically distinguishable from macrophages but can be infected with HIV-1. Importantly, fibrocytes exhibited persistently infected cell-like phenotypes, the degree of which was more apparent than macrophages. The infected fibrocytes produced replication-competent HIV-1, but expressed HIV-1 mRNA at low levels and strongly resisted HIV-1-induced cell death, which enabled them to support an extremely long-term HIV-1 production at low but steady levels. More importantly, our results suggested that fibrocytes were susceptible to HIV-1 regardless of their differentiation state, in contrast to the fact that monocytes become susceptible to HIV-1 after the differentiation into macrophages. Our findings indicate that fibrocytes are the previously unreported HIV-1 host cells, and suggest the importance of considering fibrocytes as one of long-lived persistently infected cells for curing HIV-1. 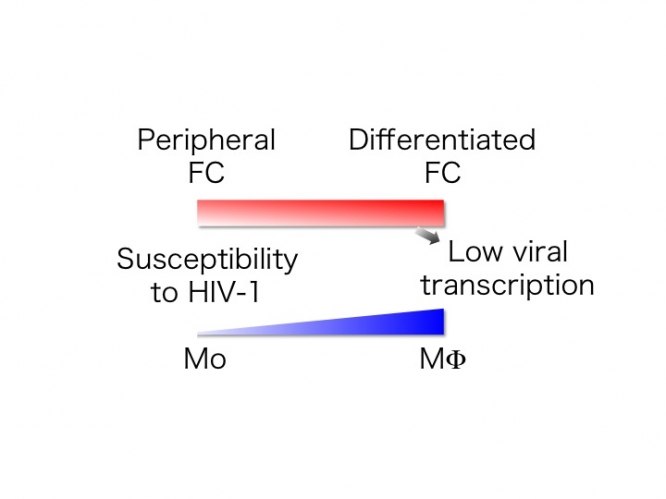