The details for the 17th IRCMS Seminar have been confirmed.
We would love to see many of you participating in this outstanding seminar.

Decline of immunity with aging in humans

Life expectancy in the world has nearly doubled over the last century. However, aging is associated with the onset of multiple co-morbidities. Elderly people present increased susceptibility to infectious and malignant diseases, and impaired vaccine efficacy. This is most likely related to the decline of the immune system with age, or immunosenescence. A better understanding of the causes and consequences of immune aging is therefore a public health priority. In recent years, we have characterized immune cell compartments in the elderly,exploring putative causes of their decline in relation to elevated inflammation and chronic viral infections, and studying potential consequences on cellular immune competence with advanced age. Old individuals display an altered hematopoiesis and decreased lymphocyte replenishment associated with an exhaustion of primary immune resources (down to the level of hematopoietic progenitors). Using an original in vitro approach to examine T-cell priming efficacy in humans, we also show that old individuals consistently mount impaired de novo CD8+ T-cell responses against a melanoma antigen, which likely reflects reduced immuno-surveillance against cancer with advanced age. Overall, our work highlights the complexity of immune aging in humans, characterized by a combination of immune cell alterations, and the necessity to develop tailored immunotherapy and vaccine strategies in the elderly.

Despite strong sequence similarities to HIV-1, HIV-2 infection has not led to a world-wide epidemic and is distinguished by a high proportion of Long-term non-progressors (LTNPs). Up to 40% of HIV-2+ subjects maintain an undetectable viral load for a decade or more, whilst a minority progress rapidly to disease in a manner clinically indistinguishable from people infected with HIV-1. Thus HIV-2 presents the intriguing picture of a human retroviral infection that is compatible with a normal lifespan, yet can cause AIDS and death in some people.

The cause of delayed disease progression and viral control in HIV-2 infection is not fully understood, but our previous data suggested that CD8+ T-cell responses directed towards conserved regions of the p24 capsid protein are strongly associated with low viral load. I will present recent data on the role of the polymorphic host restriction factors TRIM5 alpha and TRIM22 in the outcome of HIV-2 infection and discuss a potential link between the activity of these restriction factors and the generation of protective T-cell responses. 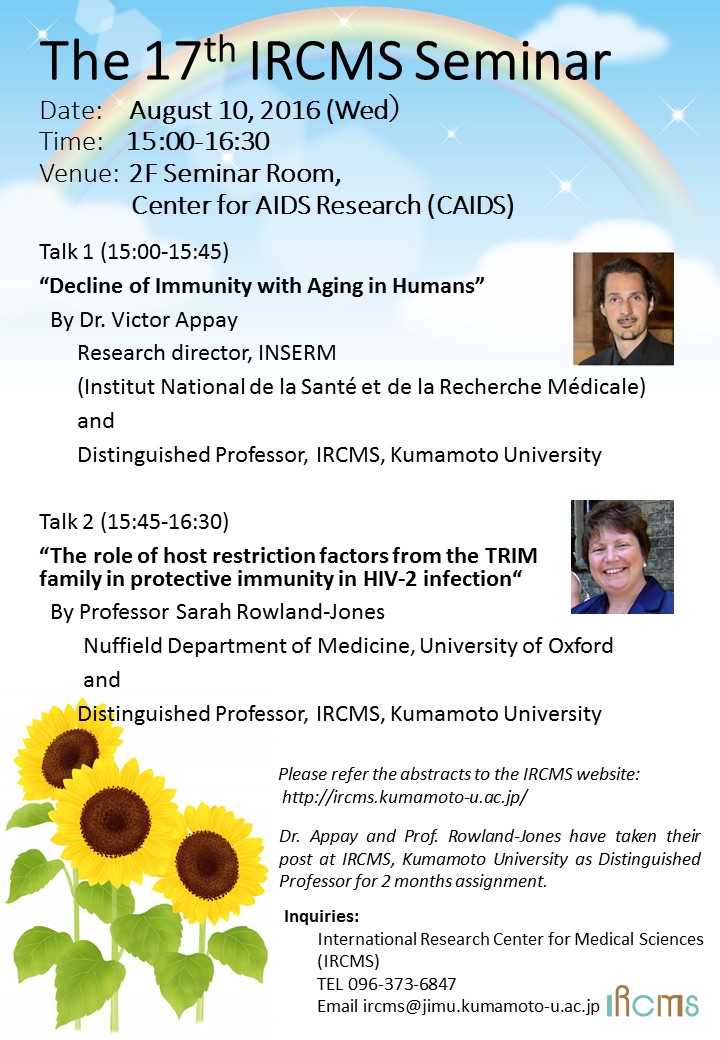